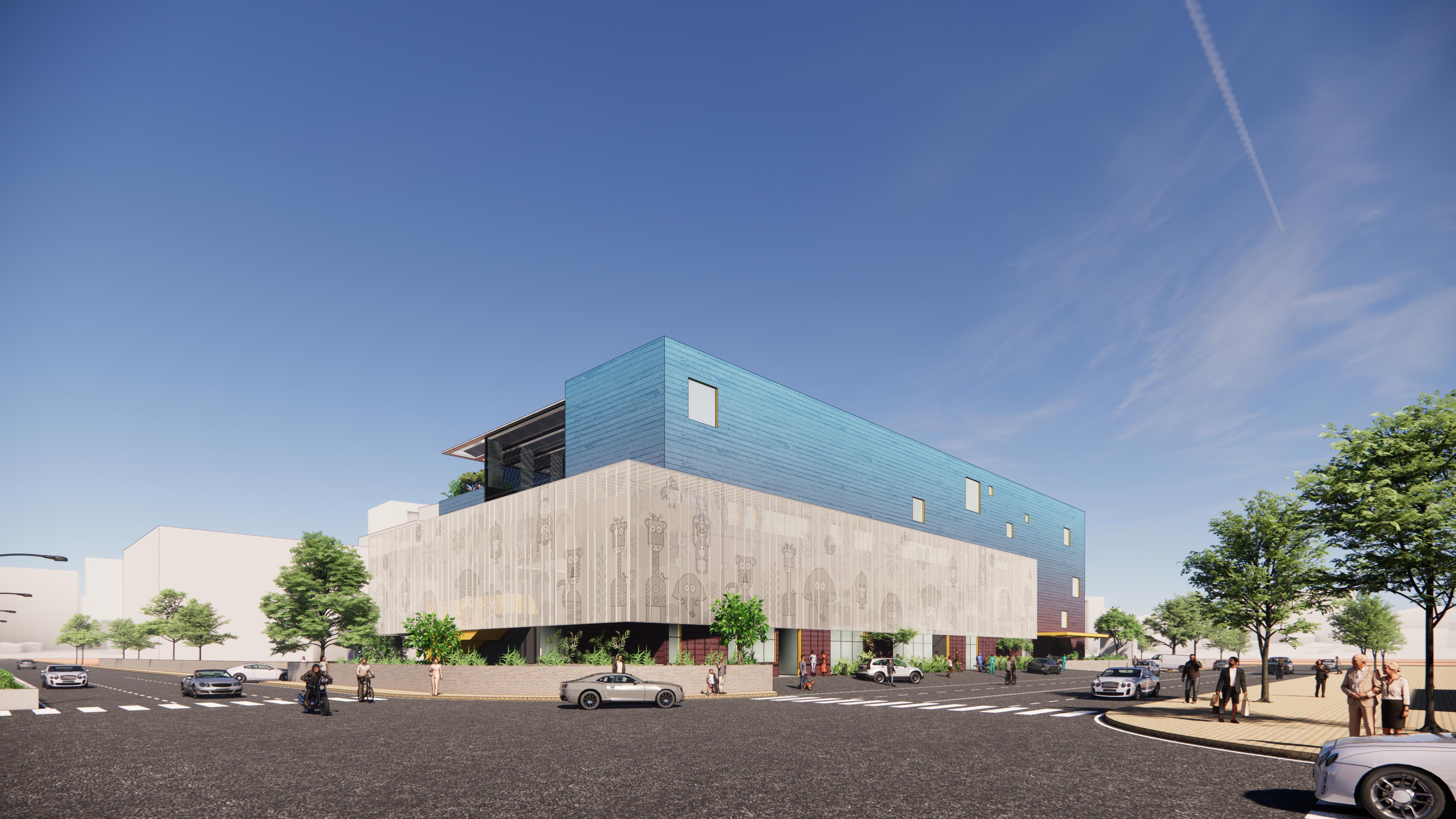 An animal care centre, the first of its scale in the country, was ambitiously programmed to include healthcare services to large and small animals, birds, reptiles and exotics.

The building mass has paralleled the plot boundary in order to optimise the small parcel of urban land. Being in a residential zone in an urban setup, it was critical to maintain the peace in the neighbourhood. The building was hence planned to look inward and avoided large openings to the exterior. A large atrium is introduced to bring in light from the roof skylight. The volumes and apertures are oriented to bring in the wind and natural light. The eastern half of the block steps back internally and forms the upper levels of the hospital. The terraces look out into the western atrium. The multi-storey building is divided into 3 major zones; public, operational and administrative, assisted by the services and utilities. Being a place to treat canine, feline, strays, large animals and exotics, the planning demanded a clean circulation and precise animal-wise segregation of wards. The floors and operations were zoned to ensure minimal air and sound exchange between all the treatment rooms.

The building type enforces a huge load on ventilation systems and power requirements. Designing a green building is a small effort to counteract this impact by using solar panels integrated with the skylight roof structure that floats over the whole mass ensuring ventilation in the atrium by stack effect.

While perfecting the functional aspect, the structure is also intended to make a street presence forming a landmark of sorts, yet respectful of its context. This led to a singular cohesive form visualized by structural shear walls on the exterior of the building. The shear walls while providing larger column free volumes, also presented an exposed concrete envelope to the building obstructing the chaotic interior function. To subdue the brutalist nature of the concrete, it is stained with a gradient of brown transitioning to blue towards the sky. The large mass is also broken by an animal themed muralled screen which envelopes the ramp encircling the building. This also announces the building function and softens the concrete massing. 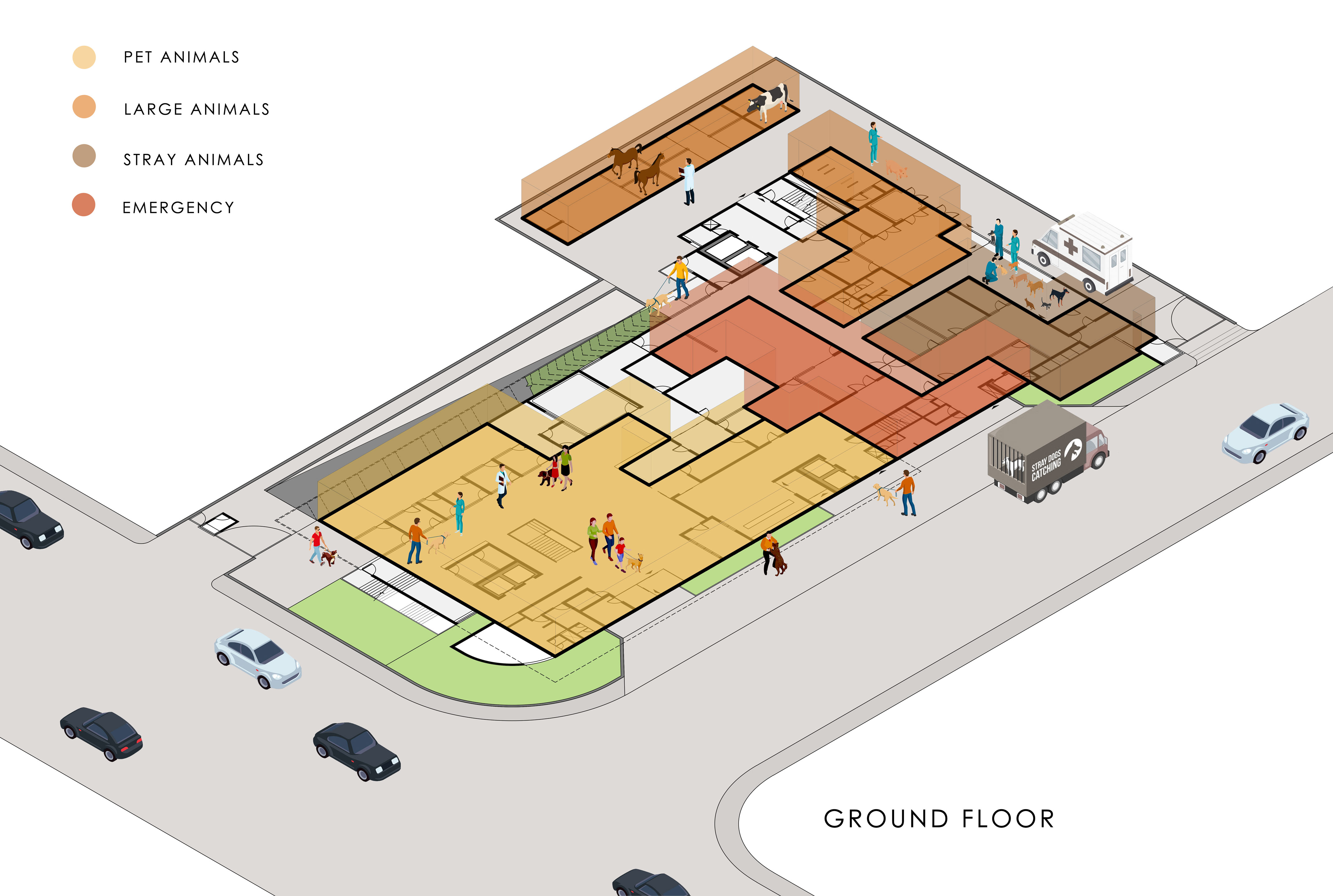 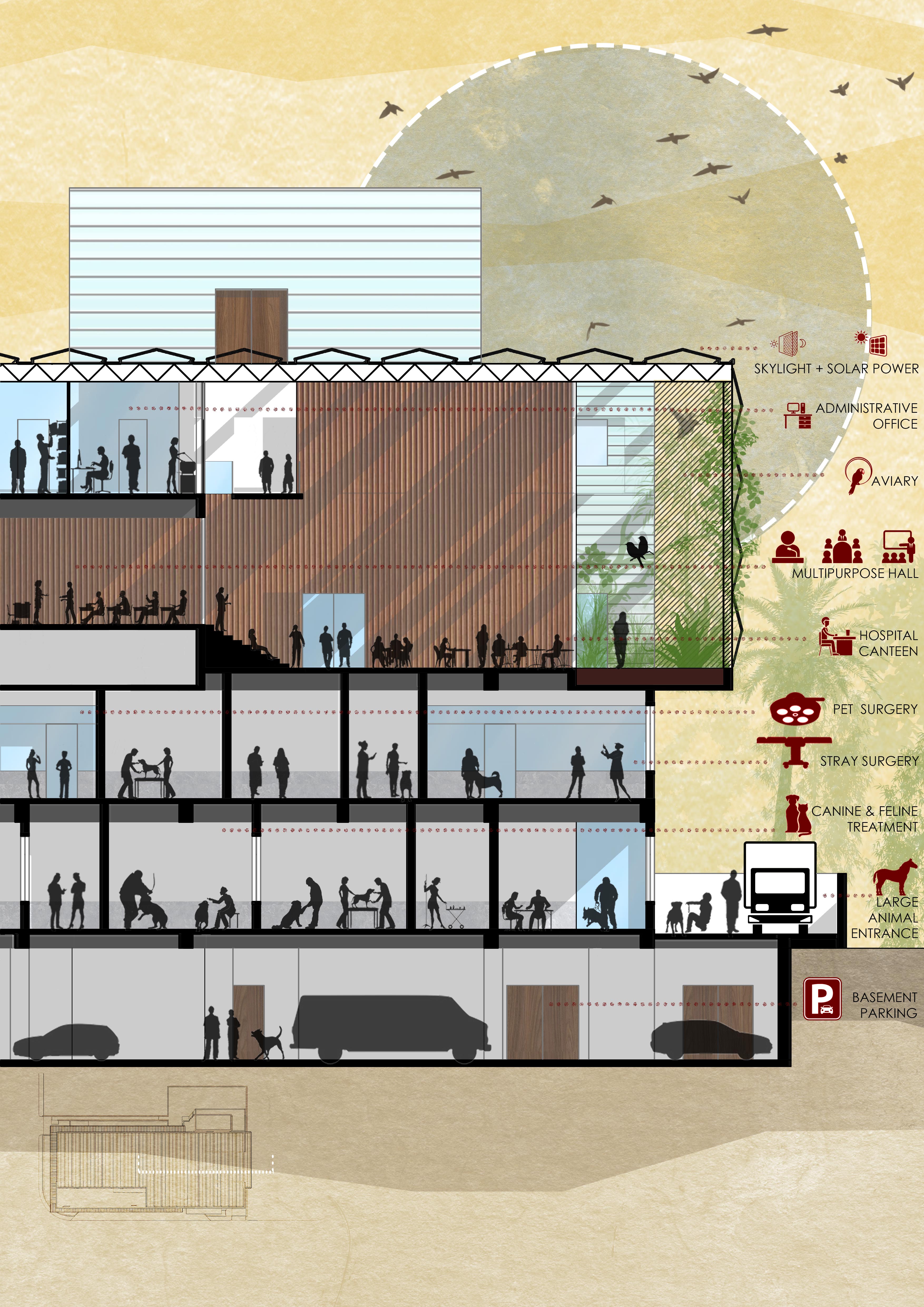