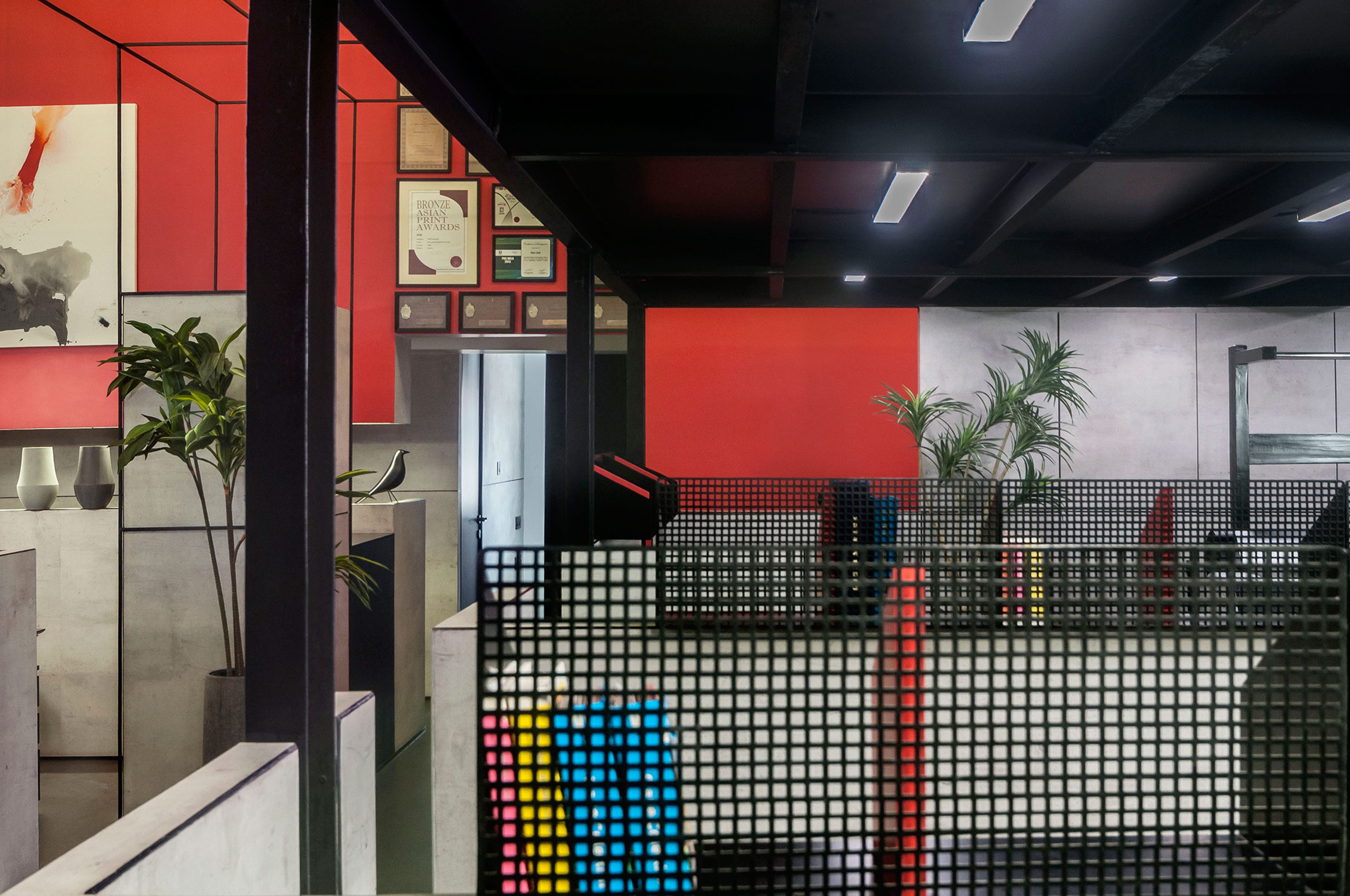 This 1600sqft project was designed, executed and completed in a 40-day duration for New Jack press, Mumbai. The site is located in an industrial complex comprising a part mezzanine floor which has been retained to create a play of volumes and hierarchy. The space was decided to be adaptively reused into a comfortable working studio for the press which helped in making minimal changes in the structural system and hence cutting down the total construction time.
The client’s brief emphasized on having the idea of an open office and at the same time maintain the privacy of the hierarchy.
The space below the mezzanine is provided with lighting conditions favourable for the work model of printing; whereas the space above is used as a studio. The double heighted space hosts the central passage and three directors within its impactful volume. 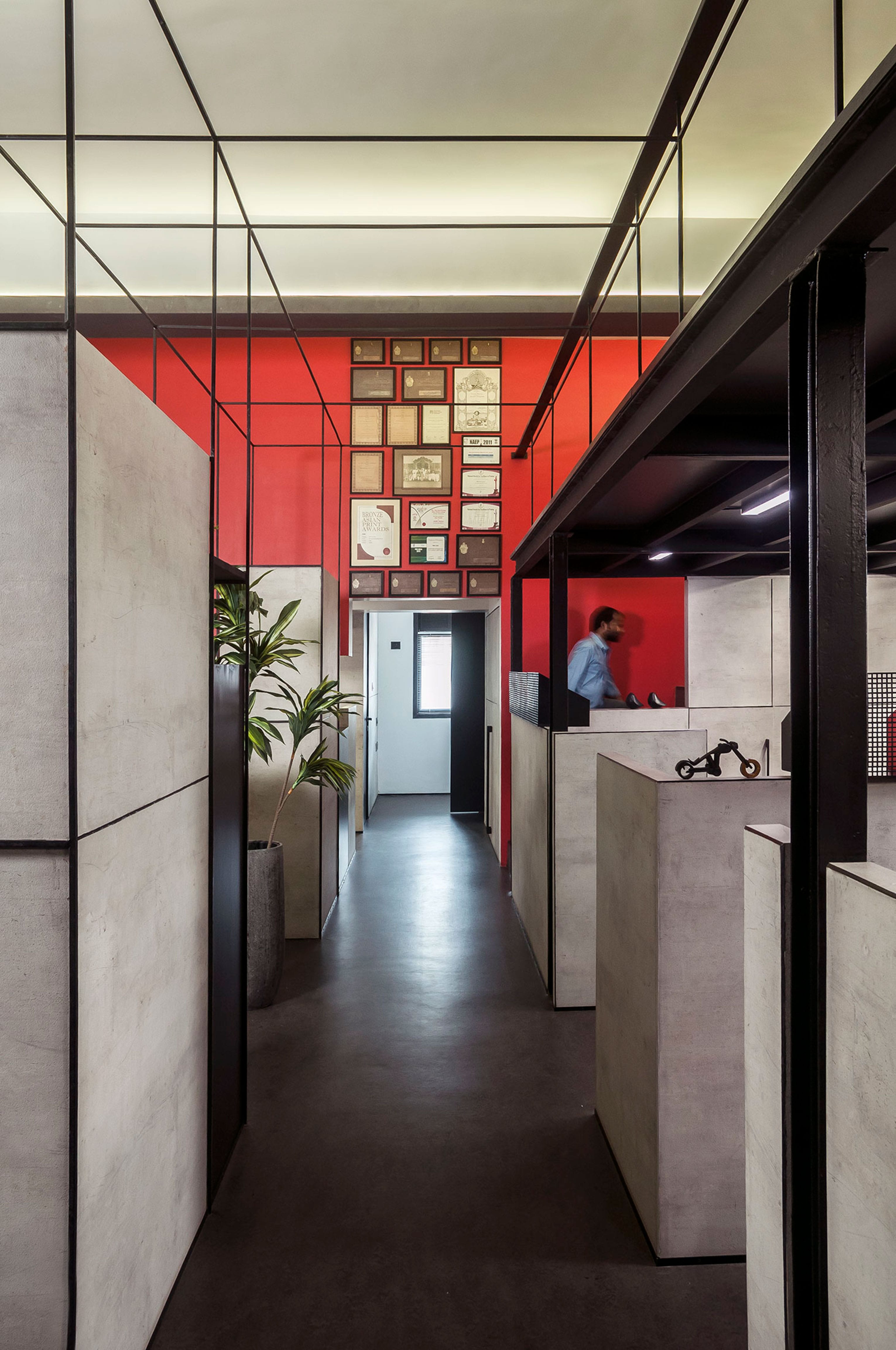 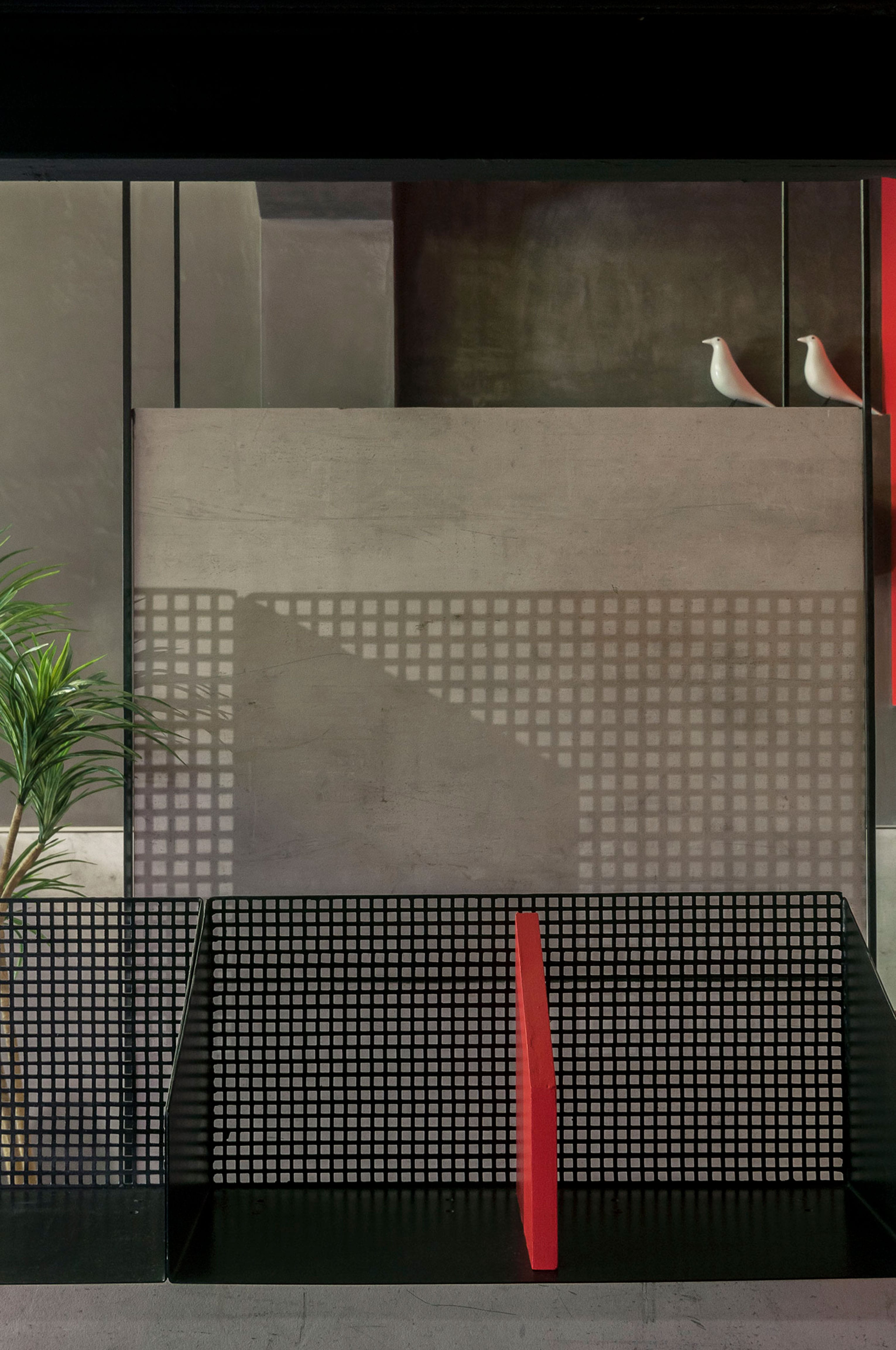 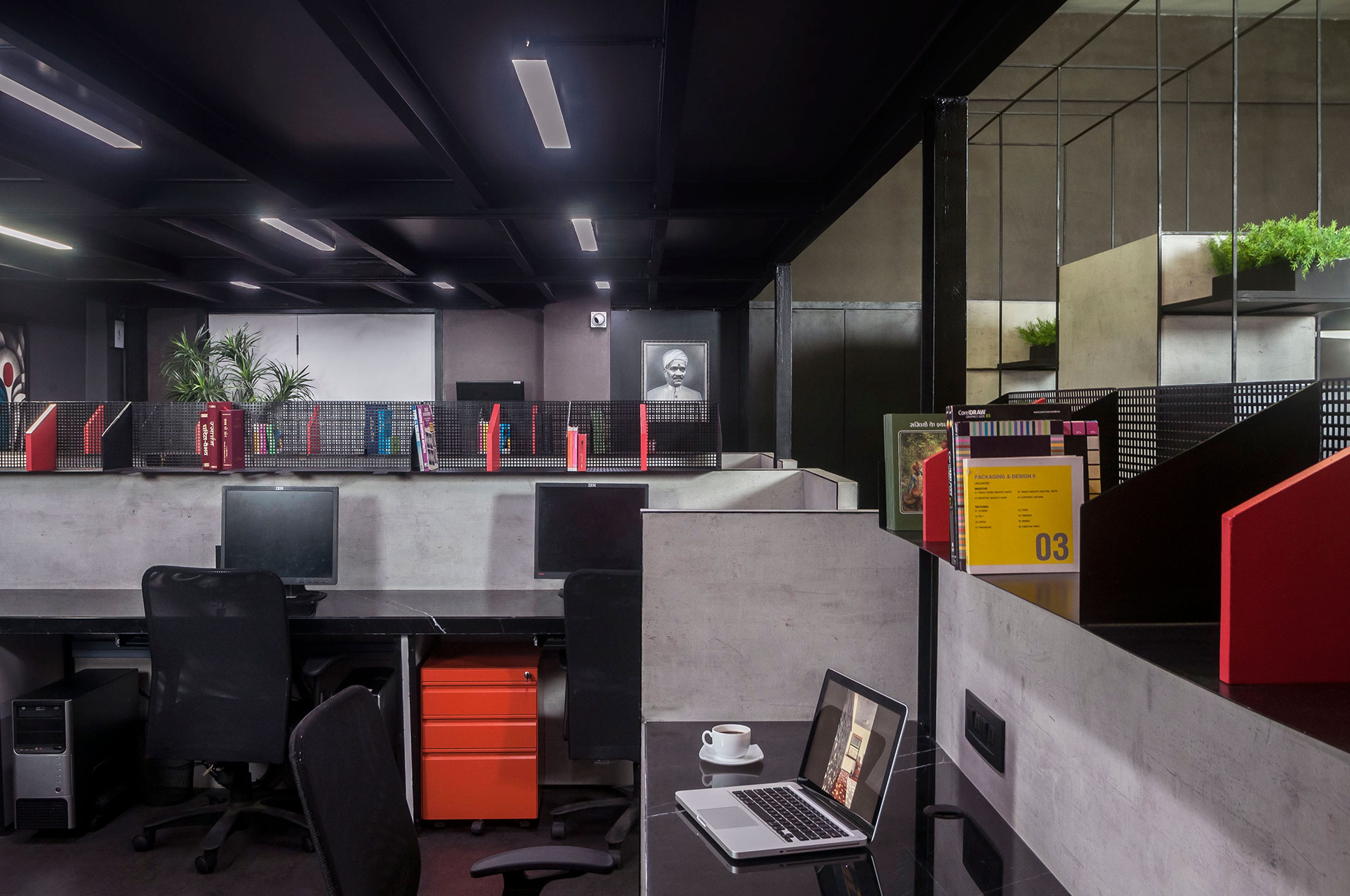